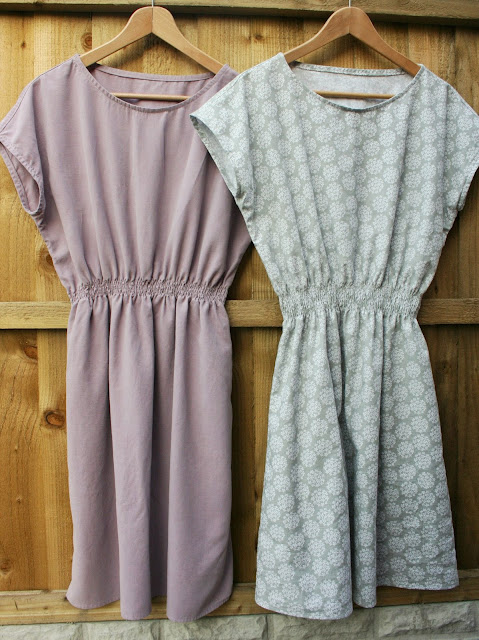 I was quite eager to try this pattern as my wardrobe has a gap in it for a basic everyday dress. This is of course the Staple Dress by April Rhodes which is just everywhere at the moment. There are a growing number in the flickr pool so I decided to add not one but two more! 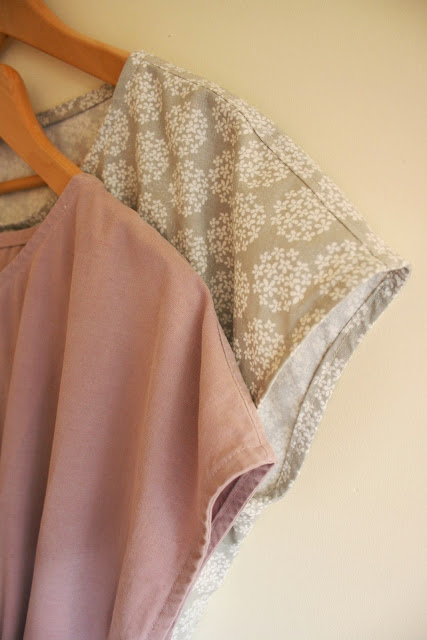 My original plan was to make just one in the plain lavender colour fabric. Call it my muslin, even though it went straight to my bought fabric. I made it up to the stage of the shirring and took a step back to assess my work. Crikey! It looked huge on the hanger. Now the pattern does say that it looks alarmingly like a hospital gown without the shirring added to take it all in, but even with the warning it still gave me the jitters!

One line of shirring just wasn't going to be enough. I really battled with my machine to get the shirring to work at all. To the point where howls of frustration were coming from my sewing room and the children were starting to look scared! Eventually though it did start to work and I got 4 rows done before I had to replenish my bobbin with elastic and then of course it decided to start screwing up again. Enough. Four rows would have to do. 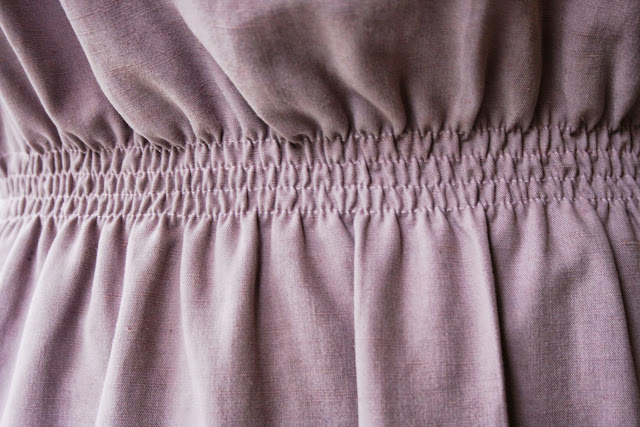 I would like to join the rest of the sewing world and say that I was won over by the fit but I really am struggling to like it. I have come to the conclusion that if you have a naturally small waist and so can bring the waist silhouette in by just being nice and slim, then this dress looks great. I don't have much definition on my waist. Pre-children I always had a nice inward curve but I am still waiting for that to come back. Waiting. So maybe the issue was more the body inside the dress, than the dress itself. But I had reservations about how flattering it was on me. 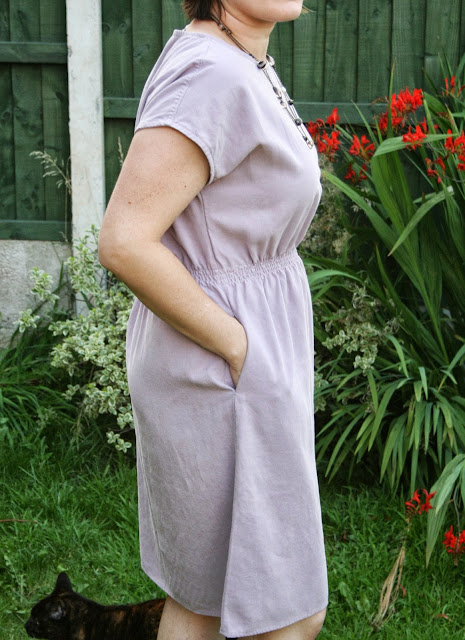 I wore it with my skinny jeans on a cool morning on I like how it didn't seem extra bulky over the denim. So points scored there.

I didn't want to write it off though so naturally made another one up.

I felt that the top half was a bit big for me (the fit is generous) so went down a size, nervously.
Pre-shirring I felt a bit better about the look of it and after going through the rigmarole of getting my machine to actually shirr the fabric, I got my five rows in. This time I positioned them just a bit lower down to see how that worked out. 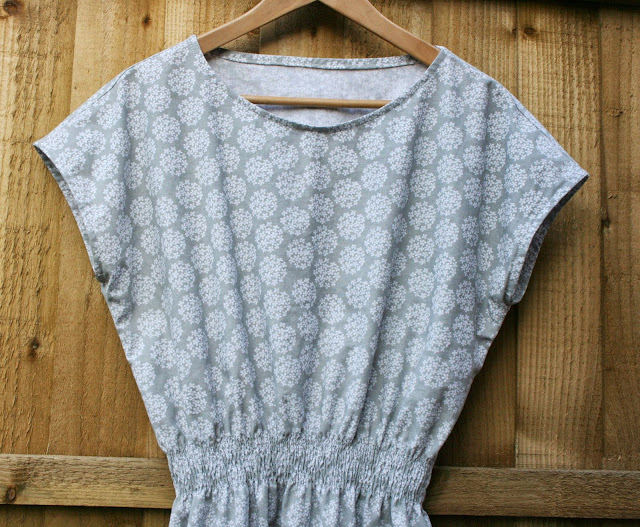 Better, but still not convinced. Some of the photos I sent straight to the recycle bin (and then mentally set fire to) were not flattering at all. My husband took the photos and got several shots of me just walking about. It didn't sit right on me and I felt a bit dishevelled. I have read other reviews and believe that it needs to be tweaked to make it look better.

Fundamentally, it is an absolutely fantastic basic pattern which can be adapted to suit most body shapes. I looked at examples with shirring all around (like mine). with shirring just at the back, with different necklines (which is one of my niggles, I feel like I need to make the opening smaller) and some made from jersey. I would like to try the jersey version.

I should add that I added 1.5" of length to the hem on my first dress. Then an extra 1" length across the middle line where indicated. The extra length mid torso was a vast improvement as I felt that if I did another line or two of shirring I would be encroaching upon the pocket openings at the sides. So I may not have much of a waist but I still have a long body. That is some comfort at least ;-) 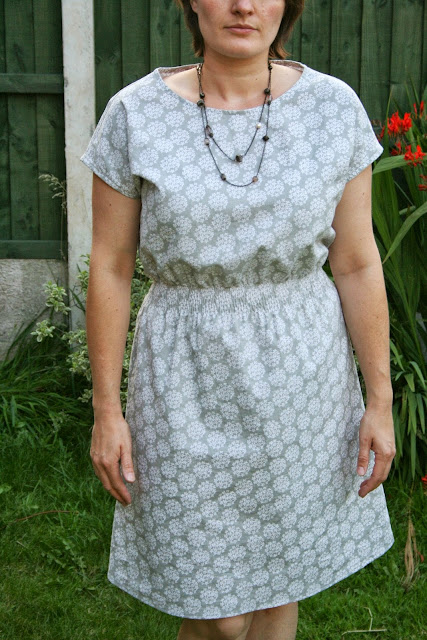 I will have another shot at this pattern with modifications to see if I can get it to sit better on me. These two versions I would happily wear with a cardigan over the top. They really are super comfy to wear. I just wish they looked as great as they feel!