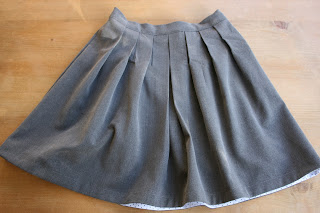 Its nearing the end of the school holidays and I am in the process of sorting out school uniform for our eldest. I have chosen to make the school skirts and selected the Sunday Brunch skirt and 2+2 skirt from Oliver and S. 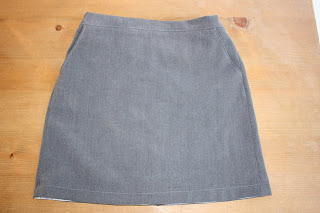 The Sunday Brunch is such a quick and easy sew. I really enjoy the simplicity of the pattern which looks so good as a school skirt. It has a kick pleat at the back to allow for ease of movement and pockets to the front for stashing important things, knowing my daughter it will be leaves and pebbles. Maybe some raisins.

I chose to add some hidden detail to my skirts. I lined one completely with a pale blue/cream floral fabric. The pocket facings were also in this fabric to give a subtle contrast. Everything has to be subtle seeing as it is for school but it is nice to sneak the details in where you can! 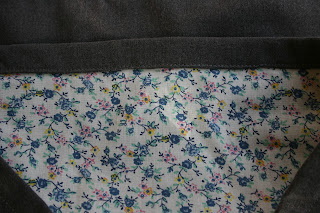 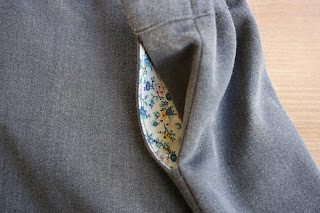 I also made one that was unlined but added detail along the inside hem with some ready made bias tape in a tiny blue polkadot. 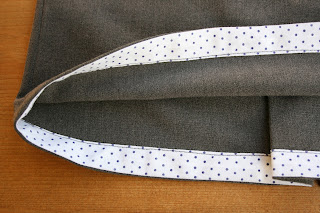 The 2+2 skirt is a beautiful thing to behold. The pleats are full and uniformly placed. I have made this skirt before and have sewn down the pleats which I like the look of as it slims the volume of the skirt down. By leaving them unsewn it adds an all important ability to swirl the skirt. Which my daughter loves! 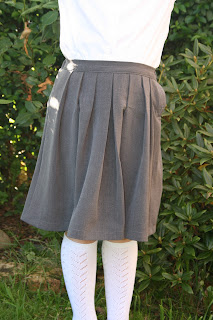 I have made one adjustment to the original pattern and that was to sew in buttonholes along the placket rather than install a button loop and press studs. I'm not convinced that the skirt needs access from the side at all as the elastic in the back waistband gives enough room to get the skirt on and off without opening the placket up. But, I didn't want the button loop as she finds it fiddly so used 3 buttons to fasten the placket instead. I think it is a nice detail.

In the photo above I had only installed one button (on the waistband) I tried to add the button holes but realized there wasn't enough space using the button size I had. So I needed to use a size down to fit them on. I wasn't sure before I had made the placket which size would fit on. 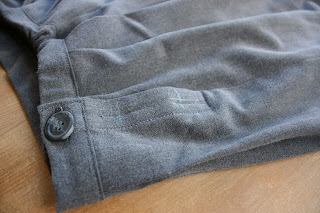 You can see here that I have marked the positions ready for stitching when I get the buttons. Off to the shop I go....! 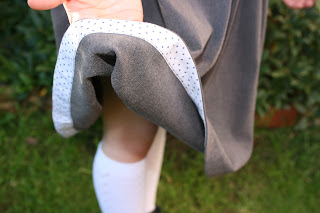 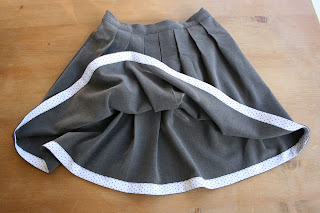 I lined the hem with bias tape on this one as I did on the Sunday Brunch skirt. There is a wider circumference of skirt on the 2+2 and so it took quite a bit of bias tape to get round it! 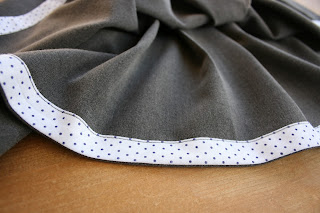 And what to do once all the sewing is done?

Have an indoor picnic of course! (it was raining) 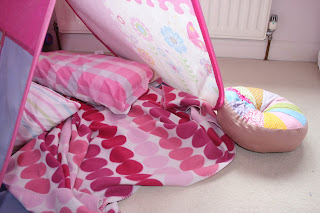 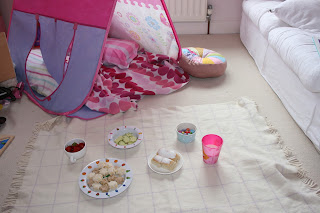 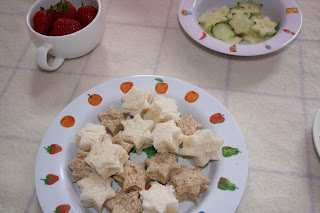 Star shaped sandwiches and cucumber stars to match. My daughter is not crazy about sandwiches and I feel the same about cucumbers. But, they really do taste better like this! 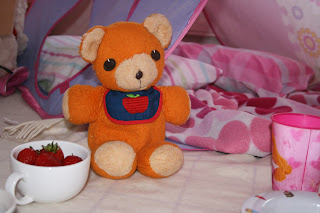